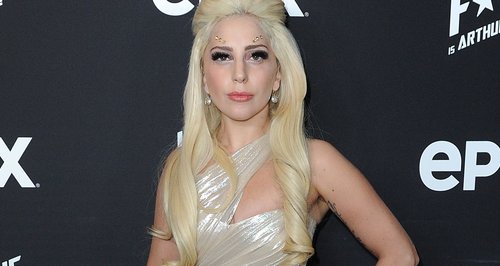 The Mother Monster inspires admiration from her millions of fans... as well as some of the biggest stars out there! Check out some of Gaga's pop peers who've put their own spin on some of her modern classics...

Lady Gaga has launched her new album 'ARTPOP' and kicks off her 'artRave: The ARTPOP Ball' tour in just a matter of months, meaning the Mother Monster's star has never been higher.

To celebrate the 'Applause' star being back where she belongs (in the spotlight!), check out some of the OTHER stars of the music world who hold a candle for Gaga and have even covered her biggest hits.

Check them all out and pick your fav...

From one superstar pop diva to another... Katy shows some love to Gaga with a rousing performance of the lead single from 'Born This Way'.

Not the first person you'd expect to see on this playlist, but nevertheless Dark Knight Rises star Joseph Gordon-Levitt gave a VERY entertaining live performance of 'Bad Romance' during a gig in 2012.

Back when One Direction were just X Factor hopefuls in 2010 they joined their fellow contestants for a group performance of 'Telephone'.

'Dark Side' singer Kelly lends her incredibly powerful vocals to a cover of 'You & I' during one of her live tour shows.

After joining the cast of Glee, Adam made quite the impact on his debut with an electro-cover of 'Marry The Night'.

'Brokenhearted' duo Karmin give 'Born This Way' a new take with their acoustic cover.

Then just 11 years-old, US star Greyson performed a piano-led cover of 'Paparazzi' during a school assembly, leading to over 50 million YouTube views and a fully fledged music career!