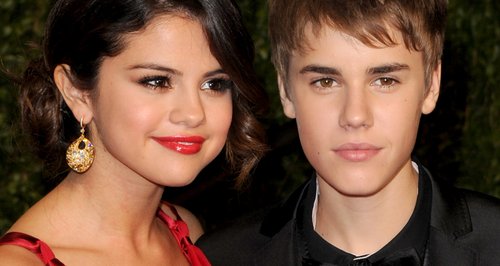 The former couple were pictured enjoying a day out together with friends to celebrate the start of 2014.

Justin Bieber and Selena Gomez showed they are still close friends despite their break-up last year by enjoying a day out riding Segways together.

The 'Boyfriend' star and 'Come & Get It' singer Selena were pictured driving the one-man vehicles around Justin's local neighbourhood of Calabasas, California on Thursday afternoon (2nd January) in the sun.

Despite their highly publicised split in early 2013, Justin and Selena proved they are still close with their day out, after being snapped by a passer-by in a car.

Check out a picture of Justin Bieber and Selena Gomez riding Segways together this week below (Credit: Twitter/Nick Sanitsky):

Justin opted for a casual outfit of black cap, white t-shirt and jeans while Selena wrapped up in a long top and grey tights.

Justin Bieber is currently celebrating after launching his new album 'Journals' as well as releasing his new movie Believe in cinemas over Christmas,.