It's without doubt been one of the biggest tours of it's kind, travelling 6 continents over 16 months but the #PurposeTour is no more!

A statement was posted on Justin's website explaining that the show was coming to an end earlier than expected. 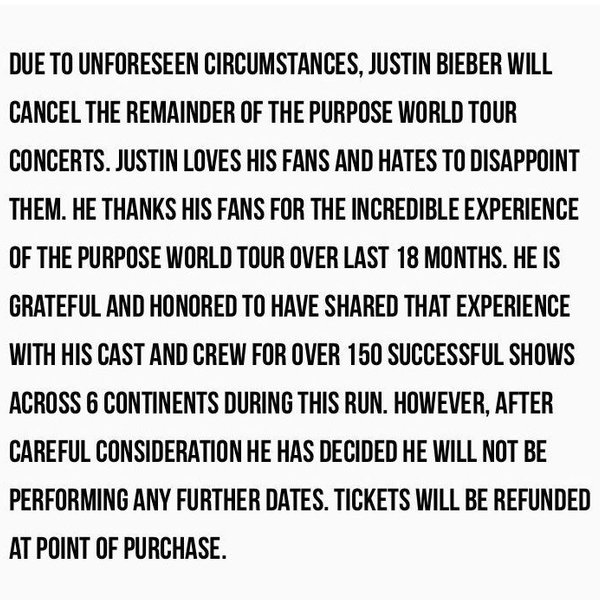 The statement continued, "He is grateful and honored to have shared that experience with his cast and crew for over 150 successful shows across 6 continents during this run. However, after careful consideration he has decided he will not be performing any further dates. Tickets will be refunded at point of purchase."

Scooter Braun, Justin's manager congratulated him on 'incredible run' whilst also asking for fans to stop commenting on his Instagram. 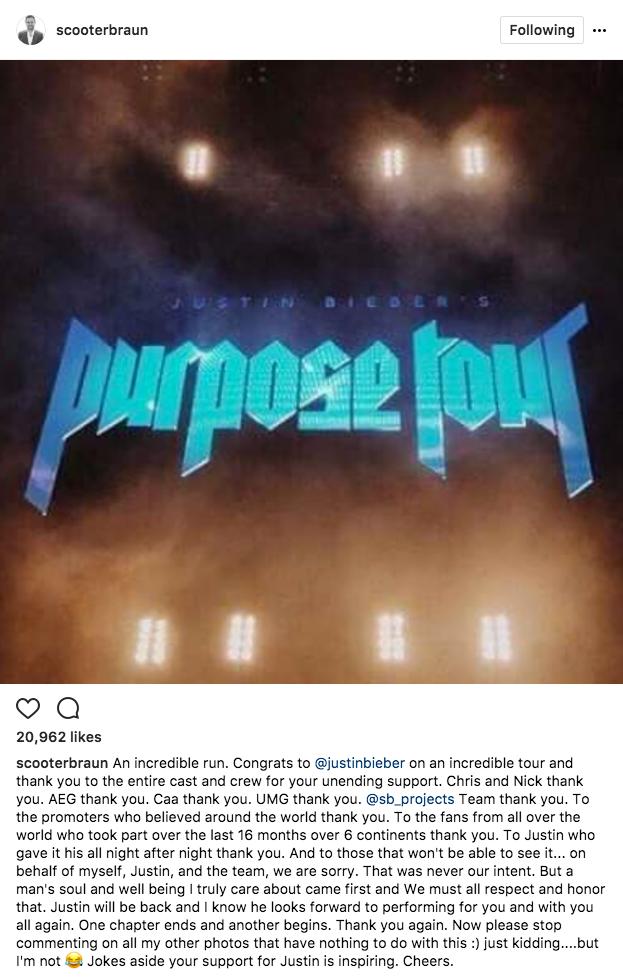 Straight away fans were quick to defend Justin highlighting that the media would focus on the fact he's cancelled the remaining shows as opposed to the fact he's done 16 months previous.

What the media is focusing on: Justin cancelled 14 shows of purpose tour.

What the media should focus on: Justin did 150 shows in 2 years.

Whilst others focussed on the money that was going to be lost after the shows being cancelled.

Wow, Justin Bieber just cancelled the remaining 14 shows of his tour, including both at the Rogers Centre. MILLIONS of ticket $ to return.

justin probably cancelled his tour to become a pastor

However, Beliebers everywhere have stuck up for their boy.

If you are unstanning Justin because he cancelled the Purpose tour.. pic.twitter.com/pjXXer1XGm

Me after finding out Justin Bieber cancelled his Purpose World Tour pic.twitter.com/7HBpdGYNLA

They kept adding more and more dates to the tour, no wonder Justin has cancelled, he must be exhausted, I'm glad hes looking out for himself

At least now the tour is cancelled he won't have to face bottles being thrown at him for refusing to sing Despacito: