Fifth Harmony: 8 Ways You Know You're A #Harmonizer 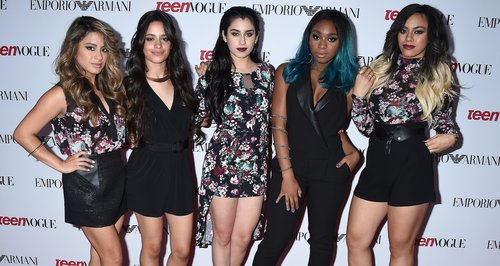 The Fifth Harmony girls may be fairly new to the music scene but we think they are firm contenders for the #BestFans2015. Check out how to tell if you're a diehard #Harmonizer...

US girl band Fifth Harmony may have only exploded onto the music scene in the UK fairly recently, but they've already amassed a loyal following of #Harmonizers on this side of the pond, too.

The girls are up for the hotly-contested #BestFans2015, where YOU guys get to battle it out to see which artist's fans can make the most noise for their idols. One Direction have won the title for the past two years - can Fifth Harmony be the ones to knock them off the top spot?!

Find out how to vote for Fifth Harmony to win #BestFans2015!

1. You've been a fan since they were just Ally, Normani, Dinah, Camila and Lauren auditioning for the US X Factor as solo artists

2. You know what 5H's previous names were and what they stood for. (FYI, they were first called LYLAS which stood for 'Love You Like A Sister', then 1432 which stood for 'I Love You Too' before becoming Fifth Harmony)

3. You've even started learning new languages because of the girls

4. You can't remember some of your family members' birthdays but you can tell what song it is from the 5H formation

You know you're a Harmonizer when you know the song by the order they're standing in #BestNewArtist Fifth Harmony pic.twitter.com/MscBoMvGJ9

5. You know which member of the band was born premature weighing just 1 pound 40 and says she came out of the womb singing. (Ally, duh.)

6. Rather than a photo of your friends or boyfriend, your home screen is the girls.

You know your a harmonizer when you have them as your home screen #votefifthharmony pic.twitter.com/Hr13qHYGkX

7. You've been trying to get that '5H hair' since the girls became a band. WHAT ARE YOUR SECRETS?!

8. You can tell which girl is tweeting just by the tone of their tweets