“He Is Definitely ‘The One’ Forever”: Ellie Goulding Opens Up About Dougie Poynter 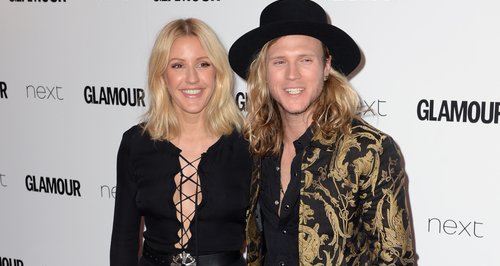 The ‘Burn’ singer claims Dougie is out of her league, Calvin Harris will be performing at their wedding and opens up about her previous fling with a VERY famous singer.

Ellie Goulding and Dougie Poynter make a ridiculously gorgeous golden haired couple, but Ellie has revealed that she thinks the McBusted star is out of her league!

"I'm proud of being strong": Ellie Goulding opens up about her body transformation

While it is pop folklore that Ed Sheeran’s song ‘Don’t’ is about his relationship with Ellie going sour because she got with Niall Horan from One Direction, Ellie denied she and Ed had ever dated.

She said, “I did go on a few dates with Niall, but I was never in a relationship with Ed [Sheeran]. I have absolutely no idea where that came from and why it was turned into such a big thing. 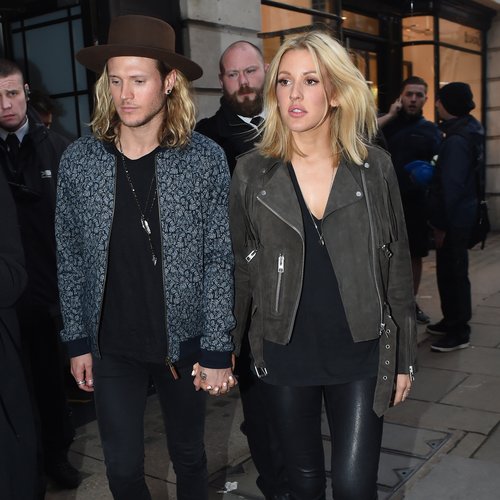 “I find it so frustrating that female musicians are constantly defined by the men they have or haven’t dated. It’s something I’ve talked about with Taylor [Swift] a lot. She definitely feels that. She gets bothered by it.

“It’s like, you can be a great artist, you can write great songs, but the thing that everyone is going to talk about is some relationship they think you have had or not had. It’s definitely something we both think happens to female artists over male artists.”

Luckily for Ellie, dating rumours are a thing of the past as she’s happily coupled up with Dougie Poynter. She gushed, “He is definitely ‘The One’ forever. He’s been through a lot, and he has a quiet depth that I love. …And you know what, when I was a teenager, I fancied him but I thought he was so out of my league.

“Way too good-looking for me. Calvin Harris has already offered to play at our wedding. Not that we’ve organised one. But the offer has been made.”

Could there be wedding bells on the cards sooner than we thought? Ellie also stated at the Glamour Awards last night that she thinks Dougie is out of her league. “'My boyfriend is the coolest person in the world. Definitely punching above my weight.” Aww, you guys!

Celebrity weddings 2015 - Which of these pop star couples will tie the knot next?