The 'Cool For The Summer' star gets honest with Max about her romance... and future wedding plans!

Demi Lovato has admitted she fell in love with her man Wilder Valderrama “the second” she met the From Dusk Til Dawn star, in a sneak peak at her chat on Max’s show this Sunday.

Demi Lovato On New Album: "If I Want To Sing About Sex, I'm Going To!"

The US superstar stopped by for an EXCLUSIVE chat with Max, where she opened up about her long-term romance with the actor, who she’s been in a relationship with for around five years.

“For him it was a little different because I was younger and so he was like ‘stay away from me!” she joked. 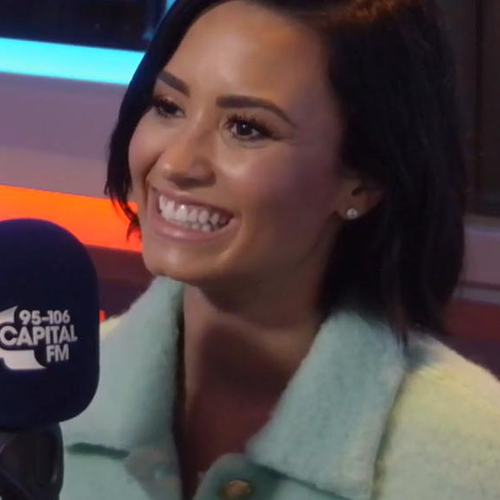 BUT… for those #Lovatics waiting patiently for Demi and Wilmer to get engaged and tie the knot, the ‘Cool For The Summer’ star doesn’t expect to be rushing into it anytime soon!

I feel like if I ever got engaged, I’d want to take a long time to plan,” she added. “And being in our industry where it’s like constantly working, like I don’t know the next vacation I’m going to get, so I don’t know how someone’s supposed to plan their wedding.”

Keep it Capital for Max’s show this Sunday from 7pm for her full chat with Demi Lovato.