Demi Lovato Just Threw Some Serious Shade At Taylor Swift After The Singer Donated $250,000 To Kesha

"Actually speak out about something and then I'll be impressed."

--> You may well have seen the hashtag #FreeKesha trending on and off for the past few days in relation to the American singer who is currently undergoing a legal battle with Dr Luke, a producer she alleges physically and sexually abused her for years.

Many stars have taken to Twitter to discuss the case including Demi Lovato who posted this to show her support of Kesha.

#FreeKesha this is only gonna make you stronger, you brave and beautiful girl. Prayers are with you @KeshaRose

However on Sunday she weighed in on the situation, highlighting her frustration.

Frustrating to see women come forward with their past only to be shot down, not believed & disrespected for their bravery in taking action

I'm also ready for self-proclaimed feminists to start speaking out or taking action for women's rights.

Women empowerment is taking action now, not when it's convenient.

The tweet has since been unliked and Demi adressed the allegations that she was making this 'all about herself.' (Warning: Strong Language) 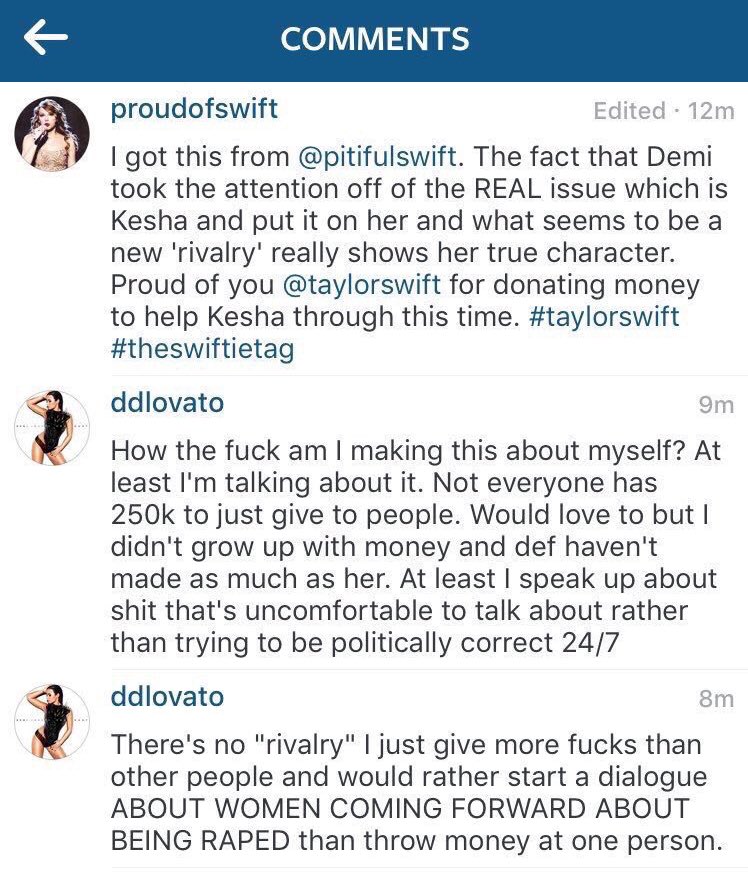 Continuing to say that she didn't shade anyone, it's just been interpreted that way 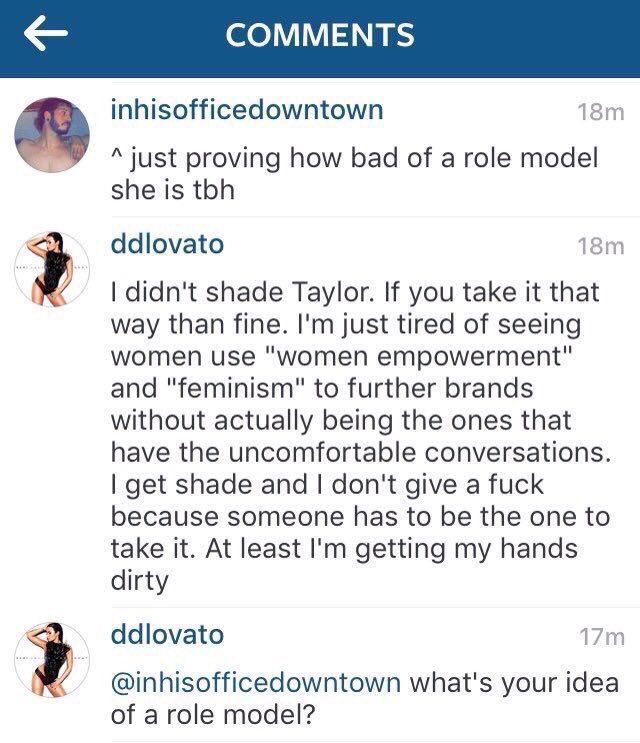 Kesha's mum then revealed that Taylor has donated $250,000 as a sign of support

Taylor Swift has just generously donated $250,000. to Kesha, as a show of support during this difficult time.AMAZING!!

Following the news of Taylor's donation, Demi liked this tweet saying it's not all about the money

She followed by tweeting that she'd be more interested to see people actually speak out about the matter.

Take something to Capitol Hill or actually speak out about something and then I'll be impressed.

> 33 Pics That Chart Demi Lovato's Transformation Over The Years 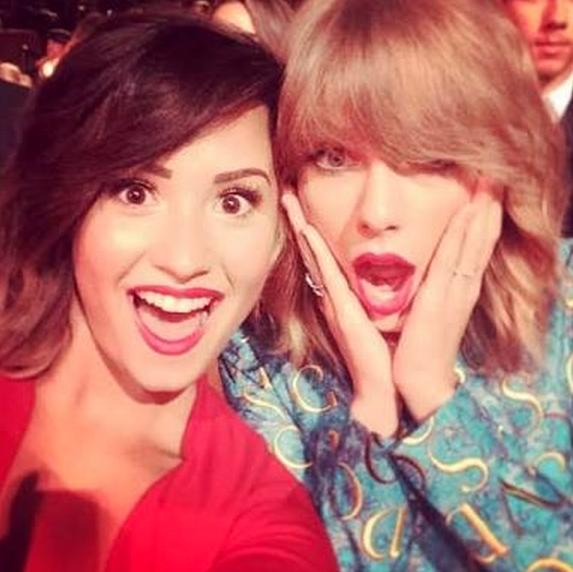