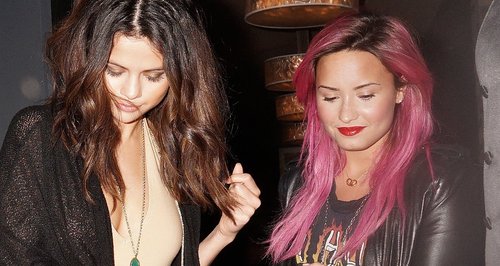 The 'Made In The USA' singer was out and about with close friend Selena this week in Hollywood.

The pair ate out at Craig's in West Hollywood on Thursday evening (23rd January), where Demi happily showed off her newly dyed hair while heading for her night out.

The 'Heart Attack' singer wore her hair an electric blue colour for much of 2013, and continued the 'Neon Lights' theme from her tour by now dying it bright pink.

See a picture of Selena and Demi on their night out below (Credit: Splash):

Demi and Selena were spotted leaving the restaurant together after their night out, which comes after Selena's ex-boyfriend Justin Bieber was arrested in Miami earlier in the day.

Demi Lovato begins her 'Neon Lights' tour in early February with support from both Little Mix and Cher Lloyd.