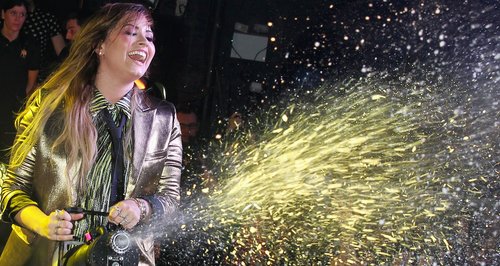 The 'Neon Lights' singer wowed crowds in London's G-A-Y nightclub over the weekend - and these are the definitive videos from her show!

Demi Lovato made an appearance at London's G-A-Y nightclub to perform a selection of her biggest hits over the weekend.

The singer took to the stage in a metallic suit and tie for her set, which included her Vodafone Big Top 40 hit 'Heart Attack' and current single 'Neon Lights'.

Meanwhile, the star will be performing an exclusive live session for Capital on Max's show this Tuesday (3rd June).

Watch our five must-see moments from Lovato's show below:

Let It Go (From Frozen)

Skyscraper & Give Your Heart A Break