Ok...we're going to need to know the deets on this jumpsuit asap.

Demi Lovato is an absolute bae, there's no disputing that. And with Halloween just one day away, we knew it wouldn't be long until the 'Sorry Not Sorry' showed off this year's costume.

> After Some Halloween Outfit Inspo? We've Got SO Much Spooky Stuff Over On Our App!

We were not disappointed! 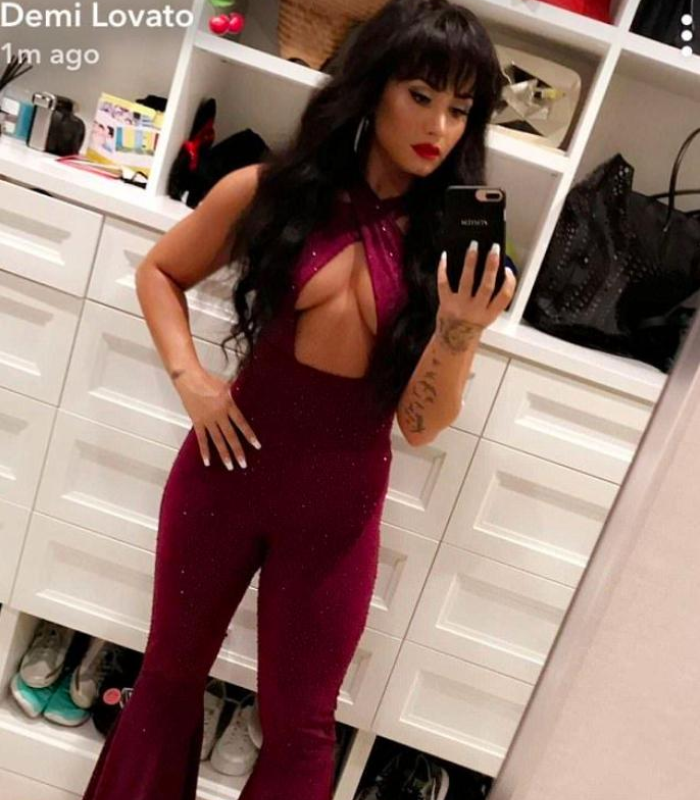 But "we don't remember Selena Gomez wearing this outfit?!" we hear you say. Well, duh! It's not THAT Selena, it is in fact Selena Quintanilla, the Mexican pop icon from the 90s.

Here's Selena Quintanilla in all her glory!

Fans of course, lost all chill when Demi posted these to her Snapchat...

We legit can't get enough of Halloween 2017 and it's not even the actual day yet!

Speaking of Demi Lovato and the other Selena...who remembers them in Barney together?!