The US superstar will return with a second single from her recently released album 'Demi'.

Demi Lovato is set to follow-up on the huge success of 'Heart Attack' with a brand new single called 'Made In the USA'.

The US singer scored a huge hit on thee Vodafone Big Top 40 earlier this year with 'Heart Attack', which made it into the top five, and will now release the follow-up.

Demi is set to launch 'Made In The USA' as the second single from her latest album 'Demi', which saw release earlier this year.

The American singer is currently mourning the loss of her father Patrick, who died earlier this week.

Demi took to Twitter in the wake of her father's passing to share a childhood picture of the two together.

Check out a picture of Demi Lovato out earlier this year promoting her self-titled album below:

She also posted a status update thanking fans and friends for their messages and the outpouring of support she has received.

Demi Lovato has already shot and co-directed a music video for 'Born In The USA' which is expected to debut soon.

Listen to 'Born In The USA' below: 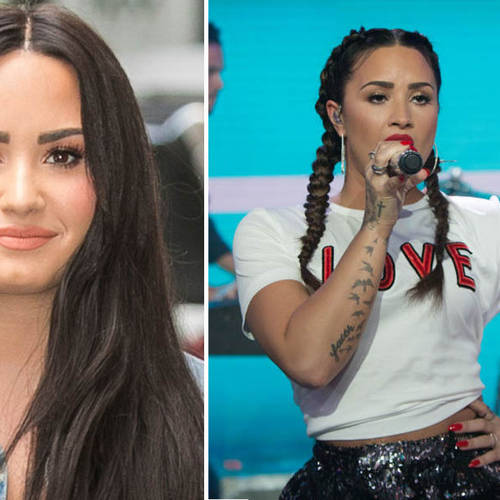