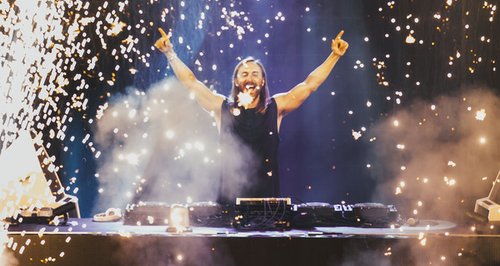 Guetta has released another preview from his new album ‘Listen’ – this time with Magic! in tow…

David Guetta’s new album ‘Listen’ is set to be his biggest yet if the previews he’s been releasing are anything to go by – and the latest one featuring Showtek and Magic! does not disappoint!

‘Sun Goes Down’ has all the euphoric bassline we know and love from Guetta with Magic!’s brilliant vocals over the top.

‘Listen’ is the sixth studio album from David, and features a host of stellar collaborations from Nicki Minaj to The Script’s Danny O’Donoghue.

What do you think of the record so far? Let us know in the comments below.