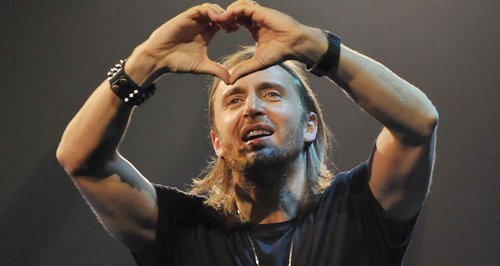 The 'Play Hard' producer is the latest addition to the stellar line-up for this year's show.

David Guetta is the latest act to be announced as part of the line-up for the Capital Summertime Ball 2014 with Vodafone, which takes place on Saturday 21st May at Wembley Stadium.

The 'Titanium' DJ was revealed today (8th May) on Capital Breakfast as one of this year's huge Summertime Ball artists, joining previously confirmed acts like Miley Cyrus.

Earlier this year David scored yet another huge Vodafone Big Top 40 hit with the Skylar Grey featuring hit 'Shot Me Down', while he also holds chart hits like 'When Love Takes Over', 'Where Them Girls At' and 'Without You' to his name.

[[ This video has been removed ]]
David Guetta feat Skylar Grey - Shot Me Down (lyric) on MUZU.TV.