The artists were spotted walking hand in hand and were all smiles as they headed to the event at the Shard in London.

Calvin Harris and Rita Ora confirmed reports that they are dating as they arrived for the Daft Punk album playback in London last night holding hands.

The 'Bounce' DJ was said to be romantically involved with the 'R.I.P' star earlier this month with claims they had become "inseparable" in recent weeks.

The new couple were given a police escort to The Shard in the capital as they joined other guests for the first play of 'Random Access Memories'.

Calvin and Rita were also seen posing for photos with rapper Tinie Tempah and comedian Peter Serfinowicz – who recently released his own video of the Daft Punk Vodafone Big Top 40 number one 'Get Lucky'.

Check out a picture of Calvin Harris walking hand-in-hand with Rita Ora in London last night (13th may) below: (Picture: PacificCoastNews) 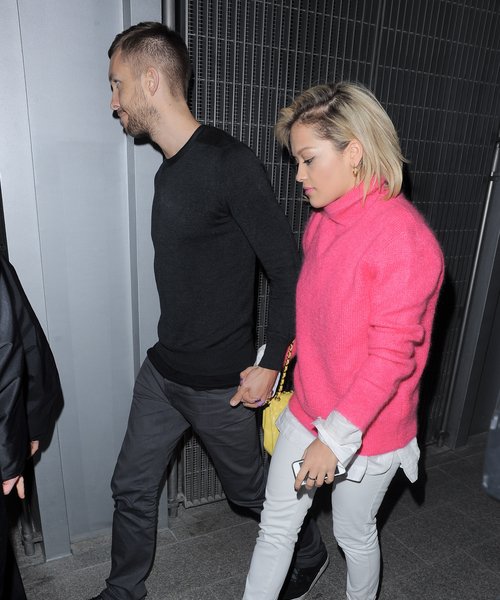 The pair later were pictured heading into the same taxi together as they headed into central.