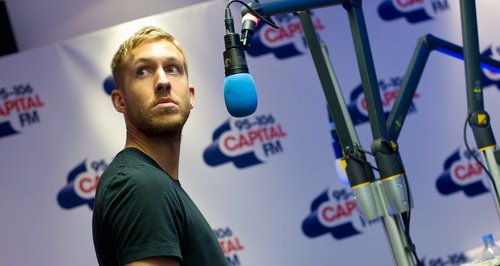 Tune in to Capital Breakfast to hear the Scottish star unveil his brand new single.

All week the DJ and producer has been teasing fans with previews of the track but you can hear the track in full for the first time from 8am.

It's set to be the first single from Calvin's next studio album and the follow up to the hugely successful '18 Months'.

Speaking to Capital about his new music at the BRIT Awards last month, Calvin said he was planning on releasing a series of singles first and had to convince a big name star about a possible collaboration.

You can check out all the teaser clips for Calvin's new song 'Summer' below:

Don't forget to keep it Capital from 8am tomorrow morning to hear 'Summer' first.

You can also join in the conversation on Twitter @CapitalOfficial using the hashtag #CalvinOnCapital.