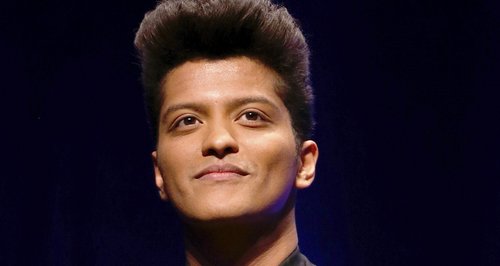 The 'Treasure' star is now expected to reunite with Mark Ronson for some new music together.

Mark Ronson has revealed he is hoping to reunite with Bruno Mars soon to start working on some new music with the 'Locked Out Of Heaven' star.

The 'Bang Bang Bang' producer and DJ worked with Bruno on several tracks from his 2012 album 'Unorthodox Jukebox', and has now revealed to Capital that the pair have plans to get back in the studio.

"I think so yeah," Mark told Capital's showbiz reporter, speaking at The Other Ball last night (4th June) in aid of Arms Around The Child.

"He's had a incredible run and it was great to be able to work on that record with him and hopefully we'll be making music for a while," Mark added. "[He puts on an] amazing live show."