The 'Scream & Shout' singer whips her dancers in the choreography-heavy video for her next song.

The 'I Wanna Go' singer is preparing for her return with a new album this year, and is seen wearing an array of provocative outfits in the new video - which you can watch below.

Britney performs across several exotic locations in the new promo, including a desert and a mansion, while showing off her dance moves.

The US star also brandishes a whip throughout several scenes of the video as she mocks whipping some of her dancers as part of the song's theme. 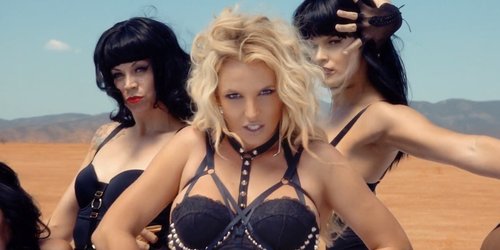