Watch two of pop's finest in action in their HILARIOUS video for this year's most exciting team-up.

It's the team-up we've ALL been waiting for, and now finally Britney Spears and Iggy Azalea can be seen in action in their 'Pretty Girl' promo.

B Spears and Iggy Iggs pull out ALL the stop for their collaboration video, rocking curly hair, leopard print and cut-off denim to echo the song's hilarious theme.

If you want to see this pair facing off against each other in a dance-off, joy-riding in a convertible and just generally being awesome, hit play on the video above. 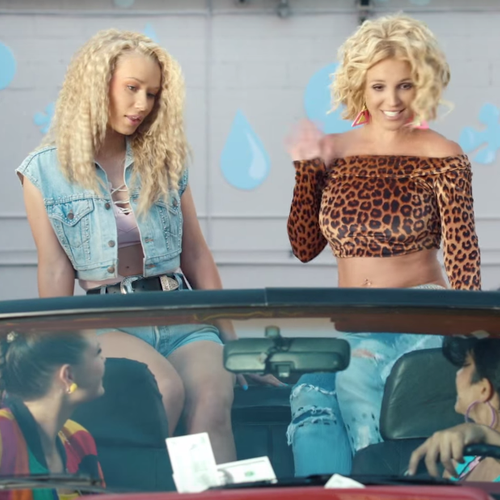 The track is the FIRST single from Britney Spears' upcoming brand new studio album, expected to be announced later this year.