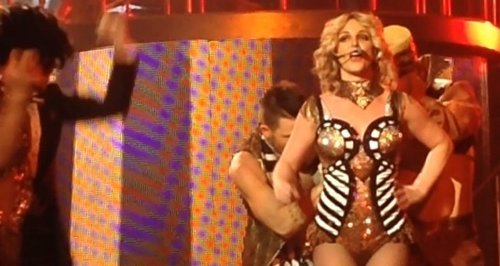 The 'Perfume' singer's dress decided to pop open during a choreographed routine.

Britney Spears was seen suffering from a wardrobe malfunction during one of her first shows of her Las Vegas residency.

The 'Criminal' singer was in the middle of a routine during the track 'Circus' when the back of her sequinned bodysuit unzipped.

One of her backing dancers was forced to help the singer out as she attempted to carry on during the song.

The moment was captured by one fan in the audience who has since uploaded the footage to their Instagram account.

Britney was watched by a star-studded audience for the first night of her two-year residency last week.