The 'Criminal' star also penned an open letter to her fans as she thanked them for their support and gave them an insight into what to expect on her upcoming record.

Britney admits she "poured her heart" put on the album and has learned a lot anout herself during the process.

The US star called it her "most personal" album yet and one which shows "strength, attitude, and vulnerability".

Check out the official album cover for 'Britney Jean' below: 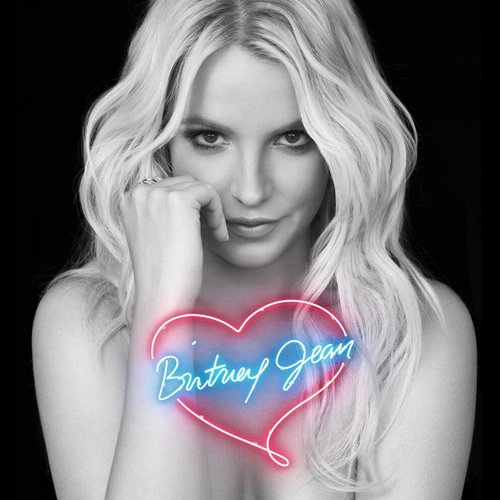 The singer worked with the likes of Sia, William Orbit and Will.i.am on her new record and also took a moment to thank them during her letter.

Read Britney Spears' full letter to her fans below:

"I haven't sat down to write you guys in SUCH a long time.  Long overdue!  We're all so used to getting our thoughts out in 140 characters, but sometimes its nice to take time to sit down and write something a little longer and more personal.  I am putting the finishing touches on my new album, "Britney Jean" over the next few days and I am so excited for you to hear it.  I poured my heart and soul into this album and it's been an incredible journey.  I've learned a lot about myself, and as I am finishing, I am reminded of the incredible foundation that has supported me for the last 15 years.  Thank you all for continuing to follow me on this journey and for allowing me to do what I love to do.  I can’t believe this is my eighth studio album and I know I keep telling you that it is my most personal record yet, but its true and I’m really proud of that.

I have been through a lot in the past few years and it has really inspired me to dig deeper and write songs that I think everyone can relate to.  Working with people like Sia, William Orbit, and of course Will.i.am has been an amazing experience.  They have listened to all of my ideas and helped me bring them to life.  There are a lot of really fun, upbeat dance songs, but it was important to me that I show my strength, and my attitude, and my vulnerability.  Of course, I also have some surprises for you guys ;)

I want to show you the different sides of Britney Spears.  I am a performer.  I am a Mom.  I am funny.  I am your friend!  I am Britney Jean.

Hope you love my labor of love!

Britney will release new album 'Britney Jean' on 3rd December and confirmed the title of the record to Capital earlier this month during a world exclusive reveal.