Britney Spears Praises Miley Cyrus: "Her Music Is Amazing And Speaks For Itself" – Video 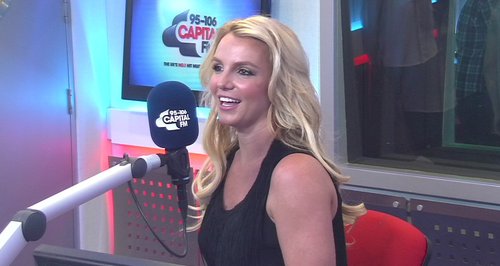 The 'Scream & Shout' star speaks to Capital about the 'Wrecking Ball' star.

Britney Spears has revealed that she thinks that it's Miley Cyrus' "time" and that the singer's music speaks for itself.

The 20 year-old star has been constantly in the headlines ever since her controversial performance at the MTV VMAs with Robin Thicke.

She recently released new album 'Bangerz' – which features a collaboration with Britney and there was nothing but praise from the 'Work B***h* singer.

"I think that this is her time," she said. "I think everybody has a time in life where they like come out and do their thing and it's just really special and really cool.

"And her music it's just amazing – it speaks for itself."

Miley has previously said that Britney is the only person in the industry who truly gets her and also wants their duet to be her next single.

Meanwhile, Britney recently revealed the title of her new album exclusively to Capital.

The record will be called 'Britney Jean' and is released on 3rd December.