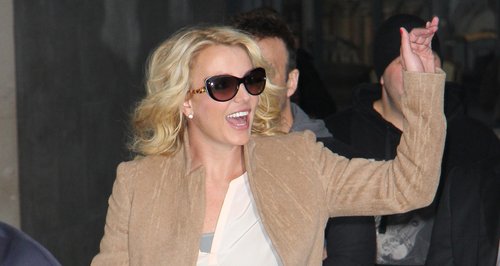 The US star celebrated announcing new album 'Britney Jean' on Capital with a red bus ride.

Britney Spears made the most of her UK visit this week by experiencing London through a trip on one of the city's iconic red buses.

The 'Work Bitch' singer was spotted boarding a classic red double-decker on Tuesday (15th October) as part of a promo tour across the UK capital, fresh from announcing the name of her new album live on Capital Breakfast.

Britney confirmed that her eighth studio album will be called 'Britney Jean' exclusively on Capital Breakfast yesterday and celebrated by boarding the bus from outside her hotel, seating herself on the bottom deck alongside members of her team.

Check out a picture of Britney Spears taking a ride on a London red bus this week below (Credit: Rex Features):

This week has also seen rumours emerge that Britney and Lady Gaga have collaborated on a song called 'Aliens' from her new album, following a tweet by will.i.am that sparked the speculation.