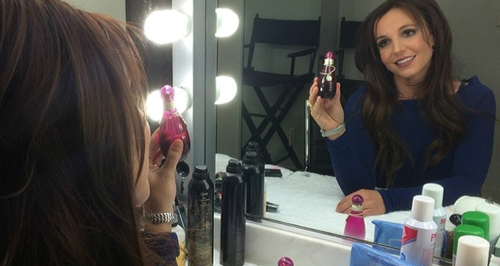 The 'Criminal' star has dropped the blonde in favour of a whole new hairstyle.

The 'Work Bitch' singer unveiled her new hairstyle on Facebook over the weekend ,as she prepares for the launch of her latest fragrances.

"Spice up Valentine's Day by getting 'Naughty & Nice' (pun intended)," Britney posted alongside a snap of herself checking out her new brown hair in a dressing room mirrors.

The new look has been timed to tie in with thel ranch of her "naughty" and "nice" fragrances, part of her long-running Fantasy perfume series.

Over the past month Britney has been performing live in Las Vegas as part of her 'Part Of Me' residency there, with Lady Gaga memorably dropping by for a visit two weeks ago.