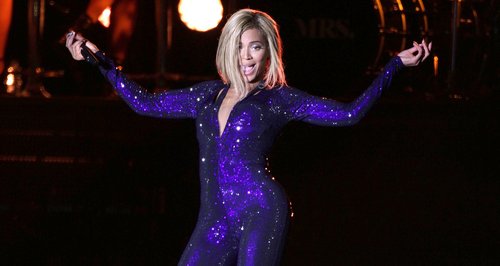 The star headlines the opening night of the festival with a hit-laden performance.

Beyonce made her UK return with a headlining performance at the opening night of the V Festival in Chelmsford, Essex.

The star, who last performed in the UK earlier this year on her 'Mrs. Carter Show' world tour, delighted the crowd with a hit laden set at Hylands Park.

Beyonce's performance saw her undergo multiple outfit changes, including switching at one point into her familiar blue catsuit that has made an appearance throughout her recent world tour.

The setlist included the hits 'Crazy In Love' and 'Naughty Girl', before concluding with her familiar crowd favourite 'Halo'.

The star will close the Staffordshire leg of V Festival tonight (18th August).

Other performances at yesterday's event came from the likes of Jessie J, who revealed her new album title 'Alive', Conor Maynard and Labrinth.