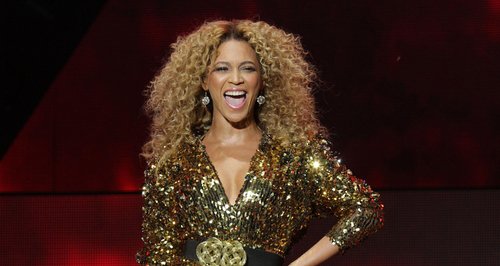 The 'Love On Top' singer returns to the UK for the second European leg of her 'Mrs Carter World Tour' next spring.

Beyonce has announced that she will return to the UK and Ireland for a number of live shows kicking off in February 2014, and has now added five additional dates across Glasgow, Birmingham, Manchester and London.

> Scroll down for your chance to win tickets to see Beyonce live on tour!

The X Factor UK's 2013 winner Sam Bailed will support Beyonce for the 24th February date on her tour at Birmingham's LG Arena.

The 'Mrs. Carter Show World Tour 2014' is expected to tease the release of Beyonce's forthcoming fifth studio album rumoured to be released in Spring.

> 21 things Beyonce does better on #TheMrsCarterShow tour than anyone else!