Fans have gone wild over this amazing pic…

We all know that Bey and Jay are one of the world’s biggest power couples.

But whilst they’re worth millions of pounds and have both sold a huge amount of records all over the world, they’re still just like us.

They’re quite happy to pose for a pic or two and often post the odd few on their social media accounts.

However, this pic that was posted on beyonce.com has sent the internet wild. 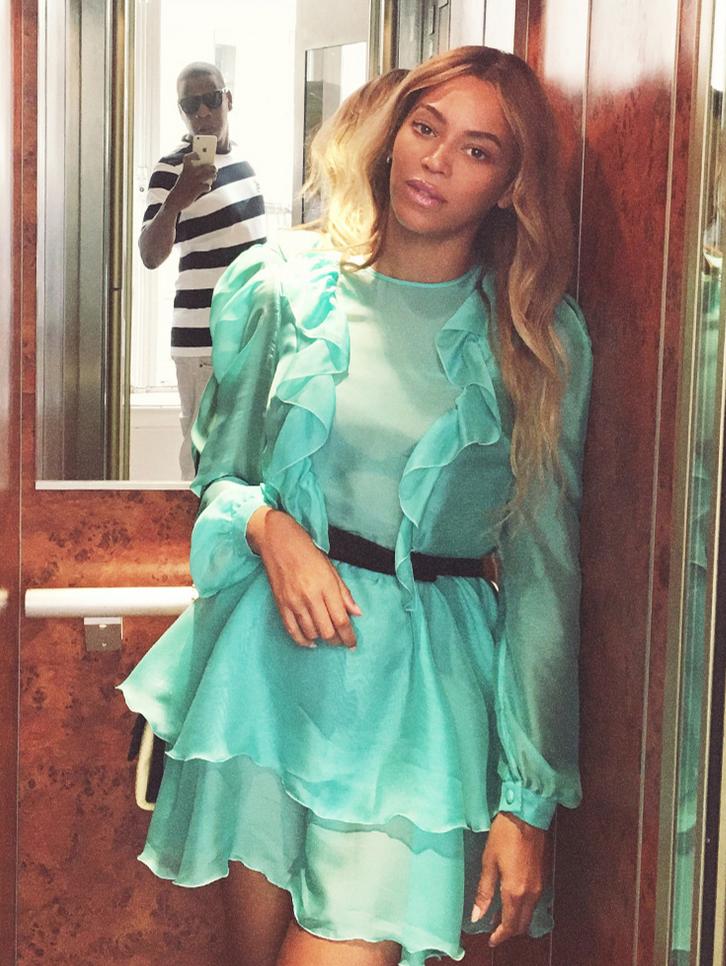 Fans have been naming Jay Z the ultimate ‘Instagram Husband’ after he could be seen in a mirror taking the snap of Bey.

Some of the responses to the pic on social media have been hilarious too.

Jay-Z's role in this picture exemplifies literally the only thing that makes me think I should get myself a man pic.twitter.com/x523hFxyw6

I will never stop screaming at Jay Z in this photo. pic.twitter.com/q8UmFHXY0y

Hov in the background like "I brag different." pic.twitter.com/mn7yFLB0WH

The term ‘Instagram Husband’ was launched into popular culture by The Mystery Hour, who are the team behind this amazingly hilarious YouTube video explaining the term.

So if there’s a hard working Instagram Husband or Wife behind your best snaps, make sure you show them a bit of appreciation today!