Beyonce Tells Oprah Winfrey: "I Would Definitely Like Another Baby"

The 'Love On Top' singer also speaks about how she and Jay-Z started dating.

Beyonce has confessed that she is "definitely" planning on having another baby with husband Jay-Z.

The 'Single Ladies' singer hinted to Oprah Winfrey that she could be even set to add to her family after she completes her new world tour.

"I would definitely like another," she told the chat show host, before asking her to check in again after her latest tour outing.

The singer was rumoured to be pregnant again at the end of 2012 – forcing a surprised Jay-Z to quash the reports on the red carpet of the NBA2K13 launch.

The female superstar also told Winfrey about how the couple first got together and spoke about how they focused on the foundations of the relationship before even heading out on a date.

"We were friends first for a year and half before we went on any date - on the phone for a year and a half," she said. "And that foundation is so important in a relationship. 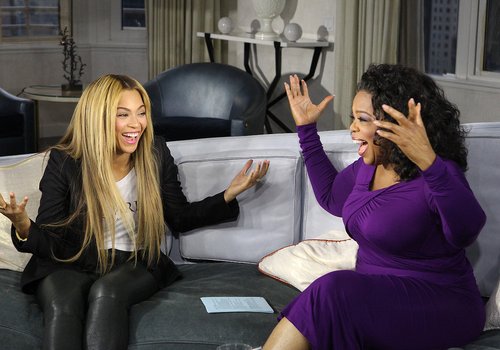 "Just to have someone that you just like. You know? It's so important. It's someone who is honest."

A clip also featured in her new HBO documentary of the pair singing along to a Coldplay classic over an intimate dinner as a voice over from the singer speaks about her great love for her husband.

Meanwhile, Beyonce will head out on her 'Mrs. Carter' 2013 world tour in April before concluding  on 13th September.