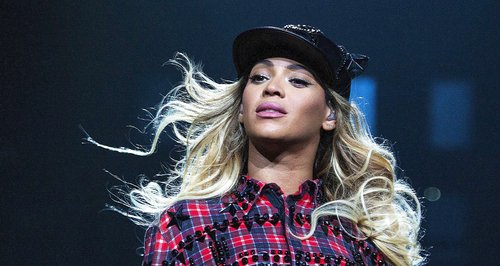 The 'XO' singer takes to the stage in Glasgow for the first of her latest dates in the country.

Paying homage to the country, she hit the stage in a tartan-themed shirt and had several glamourous outfit changes throughout.

The tour comes following her recent "surprise" performance at the BRIT Awards 2014 where she gave a memorable performance of her track 'XO'.

Among the new tracks she performed were 'Drunk In Love', 'Haunted' and 'Heaven'.

The tour will continue tonight (21st February) with a further show at the SECC in Glasgow before heading to Birmingham, Manchester and London's O2 Arena.