Beyonce's New Album: How The Internet Has Reacted To The News 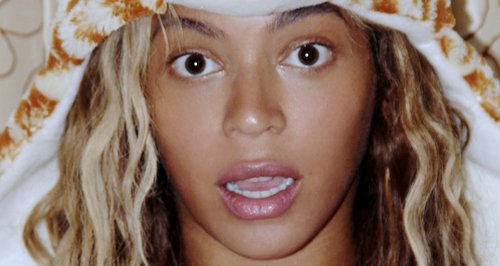 The 'Love On Top' singer shocked the world last night with the surprise release of her fifth record.

Beyone's new album has shocked the world! She surprised everyone with the release of a new visual album exclusively to iTunes and it's sent the world wild.

Twitter has been trending Beyonce's name like it's going out of fashion and everyone is sharing links, tweets, gifs and pictures to their friends – showing their joy at the wonderful news.

Join Capital as we round-up some of our favourite reactions to the big news so far.

This fan couldn't have said it much better

First Miley released an album, then Katy, followed by gaga and Britney. But then #Beyoncé was like: pic.twitter.com/8IoLxeFaXy

Cheryl Cole has been tweeting lyrics all morning!

Even Spongebob Squarepants is getting involved in the action:

Michelle Williams asked if everyone was OK after the "Slayage!"

Some folks are sharing their best bits from the videos released... awwww

Katy Perry has also given her applause as Bey broke the Internet with her news.

Don't talk to me today unless it's about @Beyonce THANX

Turns out some people are pretending to not know who Beyonce is....

Who's this Beyoncé person everyone is going on about?

Who is this Beyonce chap anyway?

What and who's next!?