The 'Love On Top' singer was pictured on CCTV at the store with her child.

Beyonce was pictured visiting a Mothercare store at a retail park in Newbury this week with her daughter Blue Ivy.

The 'Love On Top' singer was captured on the CCTV of the store with an image quickly making its way online and being passed around on Twitter.

Speaking to Newbury Today, store manager Lesley Theobald confirmed that although she was not present in the store on the day the Destiny's Child singer did visit the branch.

"We can confirm that she was in the store but we respect her privacy as a new mum," she told the publication. "If she wants to come in again, we would love to see her."

The singer is currently in the middle of her 'Mrs. Carter Show' world tour and stopped off in the UK between European dates.

Check out a picture of Beyonce with Blue Ivy posted on Twitter from her trip to Mothercare below: 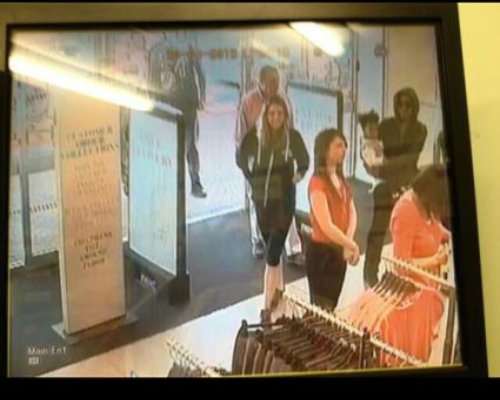 Beyonce will head to Birmingham on the 26th April for the first of her UK dates of the jaunt.

She will also perform in Manchester as well as six nights at London's O2 Arena on the outing.