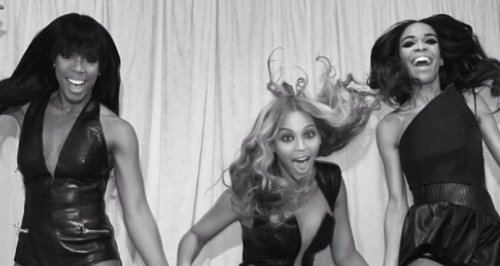 The 'Survivor' trio are back together after recording Michelle's new solo song recently.

Beyonce, Kelly Rowland and Michelle Williams have staged a mini Destiny's Child reunion  this week, after featuring on the latter's new single.

Michelle Williams is set to launch 'Say Yes' as her new song, and tasked 'XO' star Beyonce and 'Down For Whatever' singer Kelly to provide guest vocals for the track.

Fresh rumours, and fan posts across Instagram, claim the two Destiny's Child members will also join Michelle in the song's music video, which is believed to have been filmed earlier this week.

> Will Beyonce & Jay-Z Release A Full 'On The Run' Movie?

The popular 'Survivor' trio last reunited as Destiny's Child on stage for the US Super Bowl 2013, when Beyonce headlined the halftime show.