Erm, Are Beyonce And Jay Z About To Buy A $85MILLION House?! 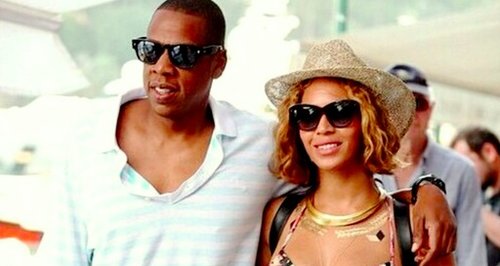 It’s alright for some! The Carters are reportedly looking at properties in LA with a VERY high price tag!

Imagine being Beyonce and Jay Z? House hunting must be pretty sweet when your budget can stretch to an $85million mansion!

Bey and Jay have been staying at a mansion in Holmby Hills in LA over the summer, spending £200,000 a MONTH to rent it out, and have apparently got their eye on buying the estate for a cool $39.9 million.

According to the Los Angeles Times, the property consists of 16,000 square feet, seven bedrooms and two libraries. Because OBVIOUSLY you need two of those.

The Times also reportedly that The Carters have made repeated viewings on a Beverley Hills home costing $85million – and this one comes with 23,000 square feet, an 18 seat CINEMA and a 14-person spa.

We’d take the spa over the libraries any day – but Bey and Jay Z could probably afford both!