The 'Crazy In Love' singer and Nine Inch Nails will headline the event's second year.

Beyonce is set to headline Jay-Z's Made In America Festival 2013.

The rapper debuted his event last year and will return with event on 31st August and 1st September.

The 'Countdown' star will be joined on the headline slot by rockers Nine Inch Nails with performances over the two days also coming from the likes of Scots Emeli Sande and Calvin Harris.

Macklemore & Ryan Lewis, The Gaslight Anthem and Imagine Dragons will also be on the line-up.

Check out a picture of Jay-Z, Beyonce and director Ron Howard at last year's Made In America Festival below: 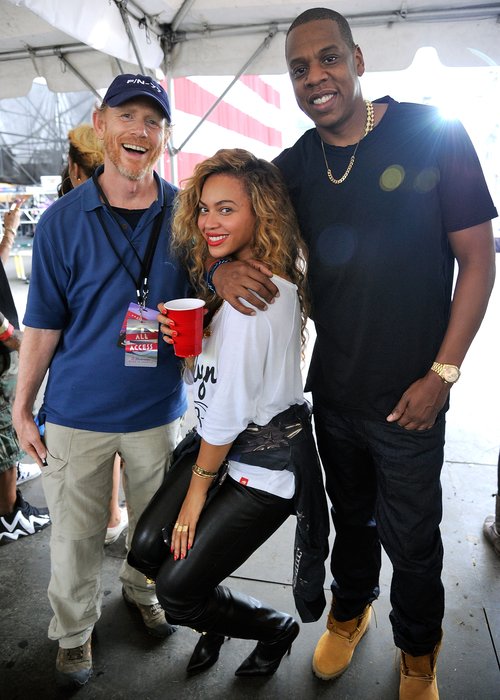 Meanwhile, Beyonce is also currently preparing to hit the road on her 'Mrs. Carter Show' world tour this month.