The couple have been spending time in Havana celebrating their fifth wedding anniversary.

Beyonce and Jay-Z were pictured waving and taking pictures of the gathering crowds outside their hotel in Havana yesterday (5th April) as their anniversary break continues.

The '03 Bonnie And Clyde' stars have been married five years this week and chose Cuba as their choice of destination to mark the landmark occasion.

The Destiny's Child star has also been debuting a new braided hairstyle on the trip and stepped out in a leggy psychedelic playsuit for the day.

The rapper kept things more casual in sunglasses and a grey t-shirt and had a huge cigar in hand.

Huge crowds have followed the pair wherever they've been on the trip with police having to intervene on occasions.

Beyonce was also seen meeting some of the local school children this week and posed for pictures with the youngsters in the area. 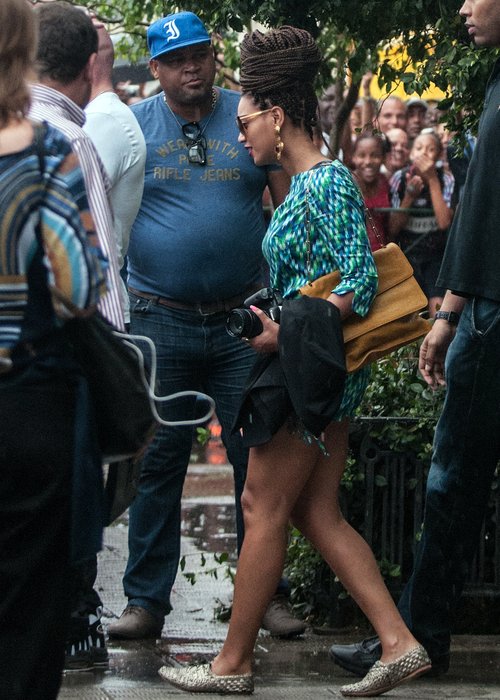 Meanwhile, it's been a big week for the singer – who debuted her first full promo with Pepsi.

The advert also featured brand new song 'Grown Woman' and saw her enjoying a dance off with many of her former selves from old music videos.

The star admitted it was an emotional experience re-visiting some of those old eras and trying on the old costumers. 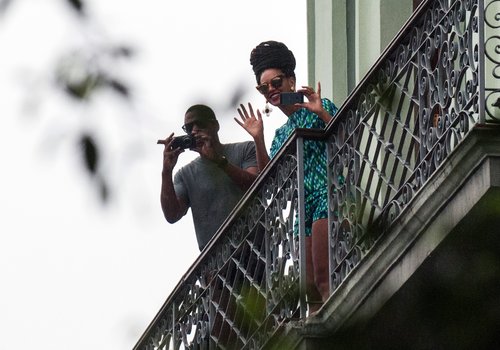 Beyonce is also set to head out on her 'Mrs. Carter Show' world tour this month.

The jaunt includes six nights at London's O2 Arena as well as shows in Manchester and Birmingham.