The 'Love On Top' singer and her husband were seen preparing to board a private yacht in St. Tropez.

Beyonce and Jay-Z have been pictured preparing to head to the Cannes Film Festival 2013 as rumours the pair are expecting their second child emerged last week.

The 'Crazy In Love' singer was dressed in leather as she and the rapper boarded a yacht in St. Tropez.

Reports the pair are expecting their second child have been rife for the past couple of weeks – especially when Beyonce cancelled a tour show in Antwerp.

Check out a picture of Jay-Z and Beyonce in St. Tropez heading to Cannes below: (Picture: Wenn) 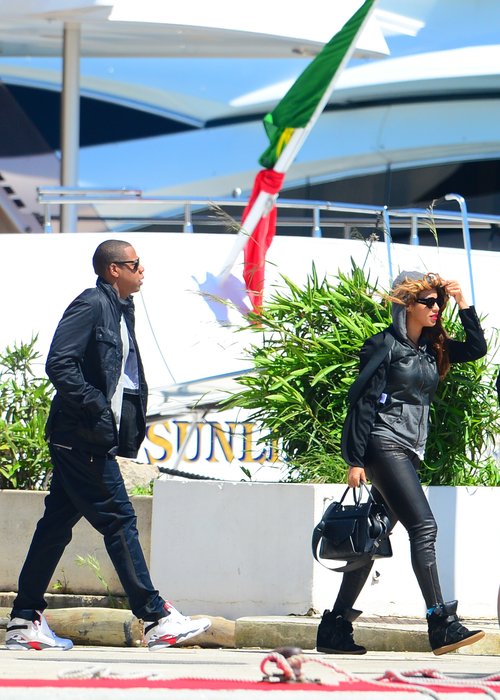 Jay was also claimed to have spoken to a US radio host in an email which also rubbished such talk.

The pair welcomed their first child Blue Ivy back in January 2012 but have been speaking about their desire to extend their family in recent months.