The 'Bootylicious' singer responds to comments made by the likes of Keyshia Cole on her and Michelle Williams' performance.

Kelly Rowland has responded to negative critics of her and Michelle Williams' appearance at the Super Bowl halftime show.

The pair reunited with Beyonce for a Destiny's Child segment of the show in New Orleans last month and stars such as Keyshia Cole took to Twitter to hit out at the performance.

Speaking about being back on stage with her best friends, she added: "We had a wonderful performance, and that's all I cared about."

"I was with my sisters and the three of us matter to each other, and that's all that counts."

The reunion of the girls was much sought after by fans and Kelly said it was great to still matter so much to so many people.

"We matter to a lot more people, with all due respect, than [Cole]. So, I really don't care what she said," she added. 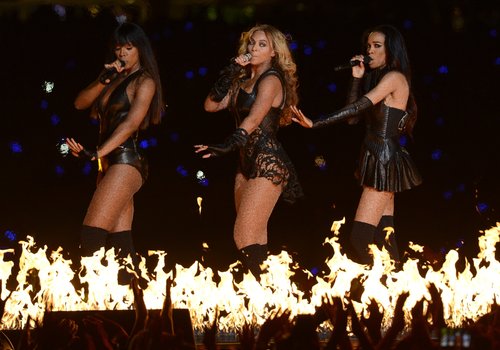 Meanwhile, Beyonce is preparing to head out on a new solo tour next month in promotion of her new fifth studio album.