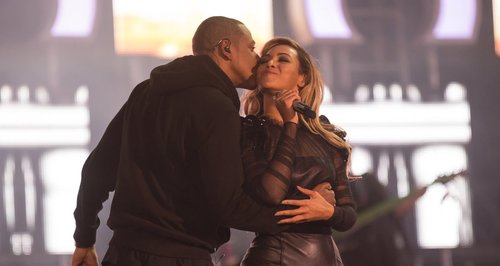 The husband and wife combo performed the smash hit 'Crazy In Love' at Twickenham Stadium.

The 'Love On Top' star treated fans to a medley of her greatest hits and was reduced to tears during a rendition of Etta James' 'At Last'.

She also had a surprise up her sleeves when she brought husband Jay-Z on stage for a performance of 'Crazy In Love' – with the couple sharing an embrace at the climax of the song.

Other stars who performed at the show included Jessie J – who gave an outing to her brand new single 'Wild'. 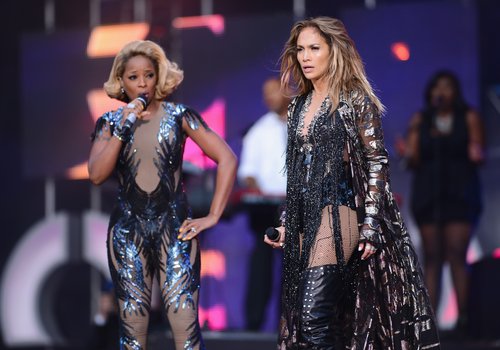 Jennifer Lopez also wowed in a feathery leather outfit and brought Mary J Blige on stage for a cover of The Beatles' 'Come Together'.

John Legend, Rita Ora and Haim were also on the line-up with Madonna taking to the stage to deliver an empowering speech also. 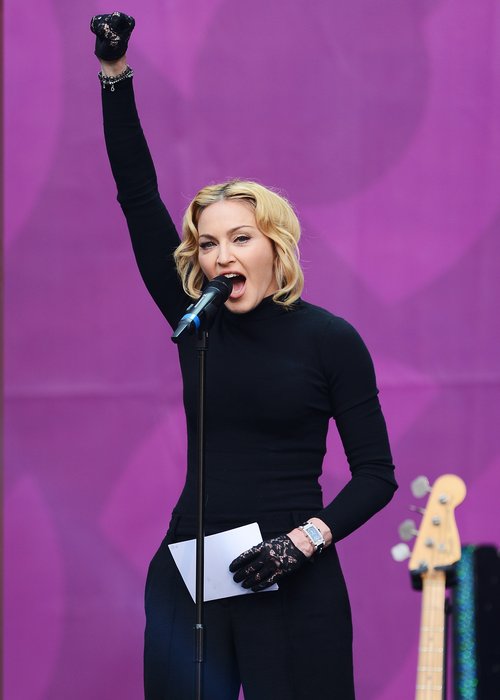 There were also appearances from such Hollywood stars as Ryan Reynolds, Salma Hayek and Gemma Arterton.

Meanwhile, Beyonce is currently still on the road with her 'The Mrs. Carter Show' world tour and apparently told fans backstage at a gig in Norway that her new album will be released in November.