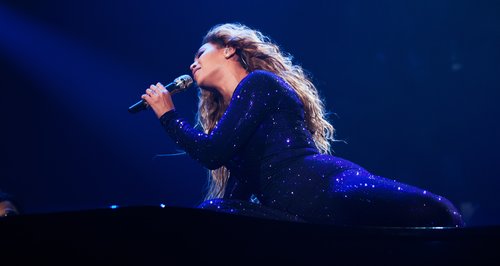 The 'Love On Top' singer treated her fans to something special during her hometown gig last night.

Beyonce was seen performing new song 'Bow Down' for the first time live during her gig in Houston last night (15th July).

The 'Crazy In Love' star was performing in her hometown in Texas and had fans going wild with the rendition of the track.

The Toyota Center saw a short video message play with several rumours and reports on the singer's life listed off – including her pregnancy.

She then launches into the track and backs the powerful lyrics with an equally explosive choreographed dance routine.

Watch Beyonce perform 'Bow Down' in Houston below:

Beyonce was seen earlier in the week relaxing with her daughter Blue Ivy as the pair chilled out by the pool in Miami.

She also held a moment of silence for murdered teenager Trayvon Martin following the acquittal of George Zimmerman this past week.