The 'Love On Top' singer is currently in Miami as she continues to head around the world.

Beyonce was pictured relaxing with her daughter Blue Ivy by the pool in Miami yesterday (15th July) as she took a break from her 'The Mrs. Carter Show' world tour.

The Destiny's Child star is currently making her way across North America following her European dates earlier in the year.

Beyonce has kept her first child close with her throughout the jaunt and looked happy as they relaxed in the shade together this week.

The star was also rocking an Aztec print swimsuit with her long blonde hair left curly.

Check out the picture of Blue and Beyonce together in Miami at the pool below: (Picture: INF Photos) 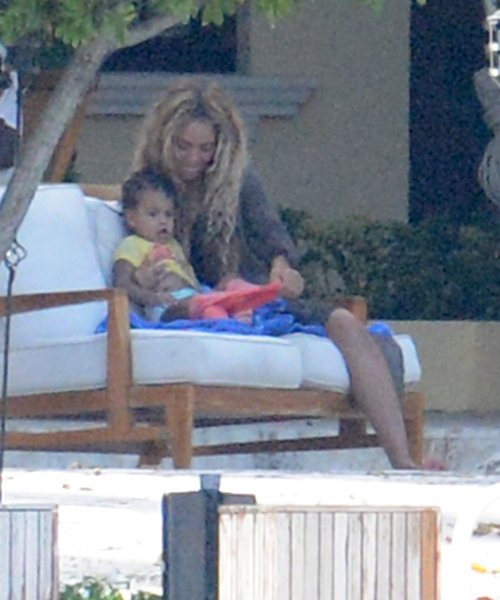 Meanwhile, Beyonce is busy working on her new studio album and it was recently claimed the current delay with the record is because she has scrapped a complete album's worth of material to work on new songs.

The news was broken by producer Diplo - who also revealed he has contributed two songs to the collection.