The 'Love On Top' singer left the minder in charge as photographers captured the one year-old in the Big Apple.

Beyonce and Jay-Z's daughter Blue Ivy was pictured out with her nanny in New York yesterday (20th June).

Bodyguards were also in tow to ward off any paparazzi as the power couple lent responsibility to the minder.

The one year-old was styled out in a bright neon green dress and gold sandals as she looked curiously towards the cameras.

In recent months it was also rumoured that Blue Ivy was set to have a little brother or sister as reports circled Beyonce was pregnant with a second child.

Check out a picture of Blue Ivy in New York with her nanny below: (Picture: Splash) 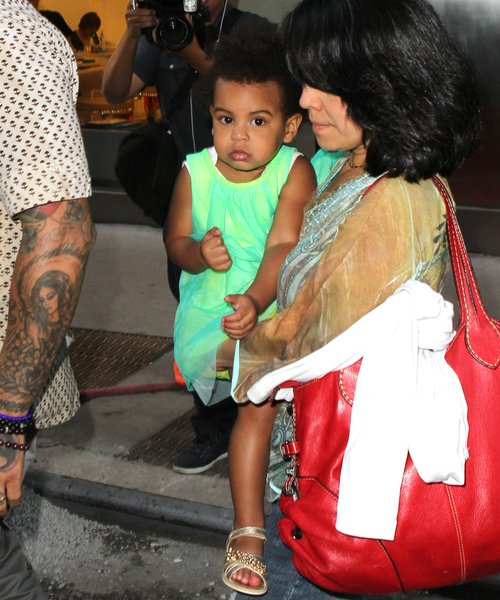 She quashed all those claims last week by stepping out in a short cropped top showing off her flat stomach.

The Destiny's Child singer was also seen sipping champagne at the start of the week as she joined Jay-Z for the anniversary party of his 40/40 nightclub in the Big Apple.