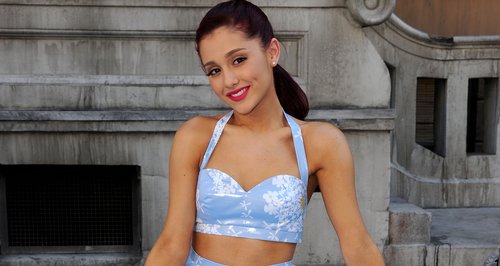 Ariana Grande started her career in ‘Victorious’ on Nickelodeon and she’s tried her hand at acting once again in ‘Underdogs’.

Ariana Grande is set to make her movie debut later on this year among the star-studded cast of new animated movie ‘Underdogs’ – though it will be second nature for Ari, who started her career in acting before becoming a singer.

Ariana joined the likes of Nicholas Hoult, Katie Holmes and Mathew Morrison for the movie which will hit cinemas in April 2015, and the first trailer featuring Ari's voice has just been revealed.

‘Underdogs’ is about a talented foosball player whose passion for the game is rivaled only by his love for free-spirited Laura (Ariana Grande), and the trials they go through with the town bully.

Director Harvey Weinstein says of the film, “This talented cast takes our script and enhances it, with brilliant improvisation and wonderful chemistry. I’m so proud of these super talented actors and comedians”.