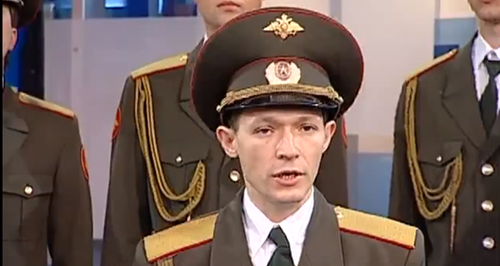 The British star's Oscar winning track has been given a new make-over.

Adele's hit single 'Skyfall' has been covered by a Russian military choir.

The 'Rolling In The Deep' star's song was given a makeover for a performance on breakfast TV in St Petersburg.

Previously known as the Red Army Choir, the Alexandrov Ensemble are the official choir of the armed forces.

A clip of a dog singing along to an Adele song also went viral earlier this year after his owner shared the clip on YouTube.

Check out the Russian military cover of Adele's 'Skyfall' below:

Meanwhile, Adele has been keeping out of the limelight for much of 2013.

She welcomed her first child with boyfriend Simon Konecki almost 12 months ago and has picked up a BRIT, Academy Award and Golden Globe this year.

She was also included in the Madame Tussauds waxwork museum.