Look Out Taylor... Adele's Forming Her Own #Squad And Rihanna Might Be In It!

We SO want to be in Adele's squad. Where do we sign up?

Move over, Taylor! Adele’s got her OWN squad and she may just have a certain a-lister joining it… Rihanna!

Everyone From James Corden To Ellen DeGeneres Have Parodied Adele’s ‘Hello’ – SO Funny!

The ‘Hello’ singer opened up on her view of the recent trend of celeb squads - sparked by Taylor and her seemingly never-ending stream of celebrity pals - in a brand new interview, and it seems she’s a bit bemused by the whole thing.

“I’ve heard about a squad,” Adele revealed to Rolling Stone. “I wish my squad was all supermodels.

“We are, in our brains. I guess I have my own squad,” she explained. “It’s not as interesting as some of the other squads that are around right now. 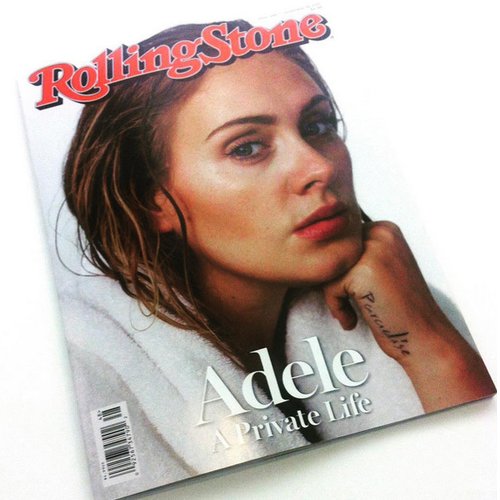 While we aren’t quite sure which lovely ladies are in Adele’s squad right now it sounds like she’s recruiting and she’s hoping to sign RiRi up to the #AdeleSquad!

“But maybe Rihanna can be in my squad!” Adele mused. “That would be really cool. Oh, god. She’s life itself, isn’t she? I love her.

The fact that Adele just described Rihanna as “life itself” basically makes her our favourite pop star ever. We SO agree with you, lady!

So Adele - can WE be in your #Squad too?