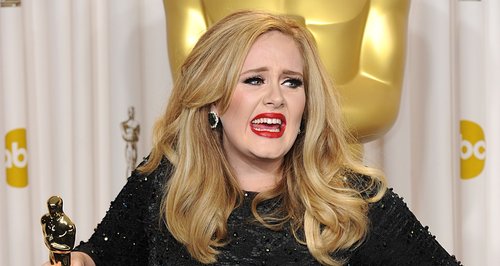 Some of the singer's most dedicated fans on Twitter notice the singer register the track's name alongside Greg Wells.

Adele has caused the rumour mill to fly this week after some fans noticed she has registered the song name 'Devil On My Shoulder' with the American Society Of Composers, Authors And Publishers (ASCAP).

It's unsure if the track is leftover from her '21' sessions, but with fans eagerly awaiting news on her third record – they've taken to forums to get the speculation started.

The registration also names writer Greg Wells among the credits.

New music from Adele?? Adele registers Devil On My Shoulder with Greg Wells on ASCAP. It already sounds amazing! http://t.co/nd7PlXTDHk

Devil on my shoulder, is new song ? @OfficialAdele

Last year, Ryan Tedder teased details of her next record and said she was sounding even better than before.