There’s A Video Out There Of Adele Dancing To Drake’s ‘Hotline Bling’ And We Need To See It!

The 'Hello' star wants to team-up for a remix of 'Hotline Bling'. You down, Drake?

So Adele just gave us the BIGGEST tease ever - but admitting she’s actually recreated the ‘Hotline Bling’ dance from Drake’s music video… and that she wants a team-up with him too!

These 8 Adele 'Hello' Parodies Are Guaranteed To Make You #ROFL - Especially The Muppets!

‘Hello’ singer Adele says there’s a video out there - closely guarded by her BFFs - of her dancing along to the track after a few too many while celebrating her chart success. We can only IMAGINE what those moves are like!

“I had a drink like three weeks ago with my best friends, in fact it was to celebrate ‘Hello’,” Adele revealed to eTalk. “They’ve got a video of me dancing to it on a coffee table as well!

“I really want us to do an official remix,” Adele explained.  “I love Drake. I love Drake so much.

“I even got the coat that’s in the video, I got it delivered the other day, I ordered it. The red one.” 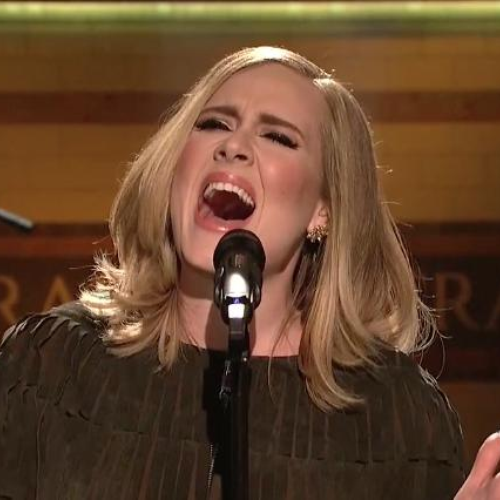 BUT… the big question… will we ever get to see video footage of Adele dancing to ‘Hotline Bling’?

OK… so we need to hear the Adele remix of ‘Hotline Bling’, like, right now? Agreed?