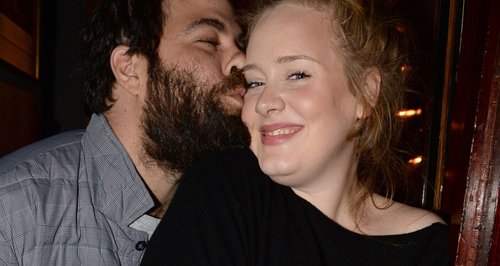 The 'Someone Like You' star is reportedly planning her "best Christmas ever" for this year.

Adele has reportedly invited comedian David Walliams and his wife Lara Stone over for Christmas dinner this year.

The 'Rolling In The Deep' star is said to have wanted to host dinner with the pair due to David still recovering from his recent back surgery and has asked them over to her Brighton mansion with boyfriend Simon Konecki.

"Adele is planning to host 35 people on Christmas Day, including her nearest and dearest and fiancé Simon Konecki's family who are visiting from the US," a source told the Daily Star this week. "She told David and Lara they welcome as they're her neighbours.

"Simon ordered a huge 24lb turkey […] months ago, it feeds 20 people," they continued. "Adele wants this to be her best Christmas ever, with all the trimmings.

Wiz Khalifa recently confirmed he has recorded a team-up with Adele for his new album 'Blacc Hollywood', expected next year.