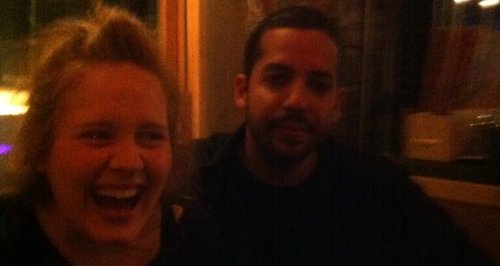 The 'Someone Like You' star is apparently hoping to get the magician to stop by for the special day.

The 'Rolling In The Deep' star was spotted with the illusionist back in June following a chance meeting and the Daily Star reports a second meeting between the pair could be on the cards.

"Adele wants a small, intimate family party for Angelo – with a magic theme," a source told the publication. "Having David there will make it even more memorable and she hopes he can teach the whole family how to do a few tricks on the day."

The insider added: "They got on so well when they met, she is sure he'll be up for joining the party."

Adele kept the birth of her baby boy quiet last year with the world still unaware of Angelo's exact birthday.

Meanwhile, the 'Rumour Has It' singer was pictured out at Lady Gaga's iTunes Festival 2013 show in London last night.