The 'Rolling In The Deep' singer was seen with her first child as she headed to the zoo and a museum.

Adele has been pictured out with her baby son Angelo for the first time in New York this week.

The 'Someone Like You' star took her first child with boyfriend Simon Konecki out for the day as they headed to the zoo as well as The Metropolitan Museum of Art.

The British star wore a black top and carried her boy in her arms as the pair soaked up the sun together.

The singer is still yet to confirm wide reports of her child's name, but did offer the biggest hint yet at the Grammy Awards 2013 sporting an "A" tattoo on her neck.

Check out the picture of Adele with her baby son below: (Picture: Splash) 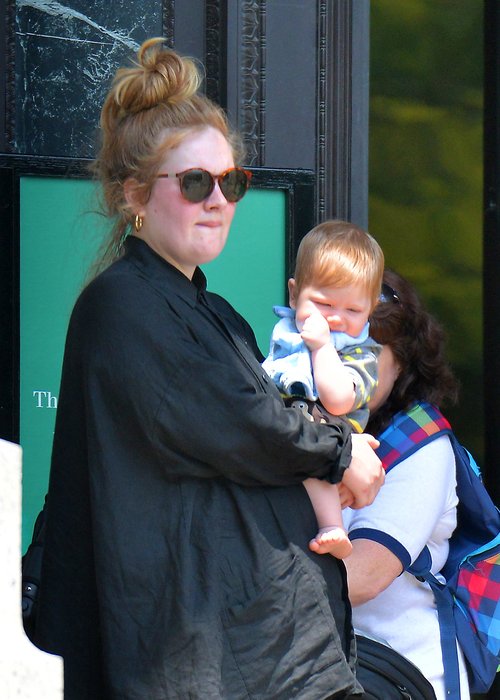 Adele also broke her latest Twitter silence this week when she bumped into magician David Blaine and shared a picture together.

The singer is still believed to be working on her new studio album and the follow up to '21'.