Somehow Adele has the magic power to tap into emotions you haven’t felt in YEARS with her endearing and giving personalities. Damn you, Adele!

Adele's currently taking her brand new tour across the world - her FIRST tour in five years in fact - and she's pretty much been hitting the headlines with every show for one reason or another.

Whether it's helping a couple get engaged, getting all emotional at one of her songs or giving a super-fan their moment in the spotlight, it's clear Adele's loving EVERY minute of being back on stage in front of her fans.

Sit back and check out these 14 moments from her 2016 'Adele Live' tour and prepare to have ALL OF THE FEELS...

First up - how about the time Adele accidentally 'snogged' a 21 year old fan in Vancouver? (And then went on to compliment him on his Lumee Selfie Case!

Let's not forget the moment Adele got an adorable gay couple on stage and watched as one very nervous looking chap proposed to his boyfriend! Of COURSE he said yes... and Adele's reaction to the engagement is just TOO good:

this is cute but Adele's reaction is even cuter please send helphttps://t.co/xAMFqwK4CL

They didn't hesitate to realise what had happened and help Adele to keep the song going until the PA system returns. You can tell she was SERIOUSLY moved by this show of support!

It's the moment where she makes a joke about her bum being too big that made us love her the most!

When Adele brought a viralYouTube duo on stage to perform for everyone!

The star encouraged Irish pair Ronan Scolard and Glenn Murphy to perform for her crowd in Dublin after their video went viral earlier in the week and EVERYONE loved it!

When Adele's little boy got to watch her sing live for the FIRST time and it pretty much made the lady BAWL!

Hit play on the video below to see Adele pause her song to shout out her love for son Angelo - who was in the crowd that might - and pretty much make everyone well up with her comment, "I love you so much, peanut!"

This was THE moment on Adele's tour so far - when she brought out  a 12 year-old girl to sing on stage!

Young Emily Tammam - who is autistic and suffers from ADHD - had a BEAUTIFUL moment when Adele got her up to sing 'Someone Like You', even joining in for one of the choruses!

The moment Adele spotted a newly engaged couple in the crowd... and wanted to congratulate them in person!

The best part of this is when Adele quizzes them on their wedding date - give them a chance, love!

The fact that Adele had to convince the guy though - WTF, dude?!

Adele has made some TRULY incredible moments - especially for the quieter fans out there!

She spotted birthday girl Kate in the crowd one night and had her up for a quick chat about what she'd been up to her for b-day plans.

When you get Adele photobombing you... you've basically WON at life

That's exactly what happened when fan Kerry Scott got photobombed by Adele at her Manchester gig. 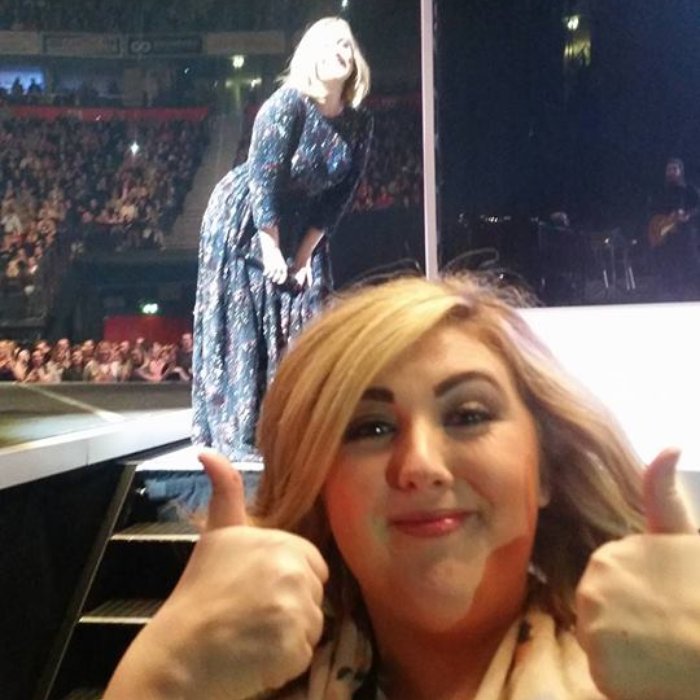 Adele performing 'Set Fire To The Rain'... in the rain!

So on the nose, but still SO damned good.

It was definitely touch and go there for a minute.

When Adele made HER stance known on feminism...

And gave a KILLER performance of 'When We Were Young'.

PLUS... who could forget that original tour announcement video?!