The 5 Seconds of Summer boys had the entire crowd at the #CapitalSTB on their feet with their high-powered hit 'Don't Stop'.

They may not have donned the superhero costumes from the video, but the 5 Seconds of Summer boys had the entire crowd jumping with their super musical powers instead.

The #5SOSFam were out in force at Wembley Stadium to see the Aussie foursome in all their tanned and bandana-d glory and the boys did not disappoint.

If you just can't get enough of 5SOS, their 'Don't Stop' EP is available to download now, or you could just watch the video above on repeat. You can even don your own superhero costume while you listen, if that's your sort of thing. 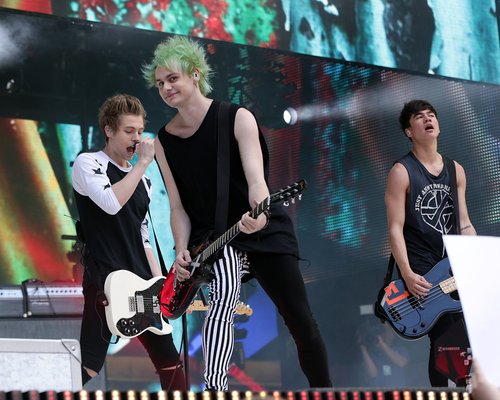 If you still haven't checked out the rest of the INCREDIBLE stage performances from the Capital Summertime Ball with Vodafone then what are you waiting for?! Check out all the highlights here